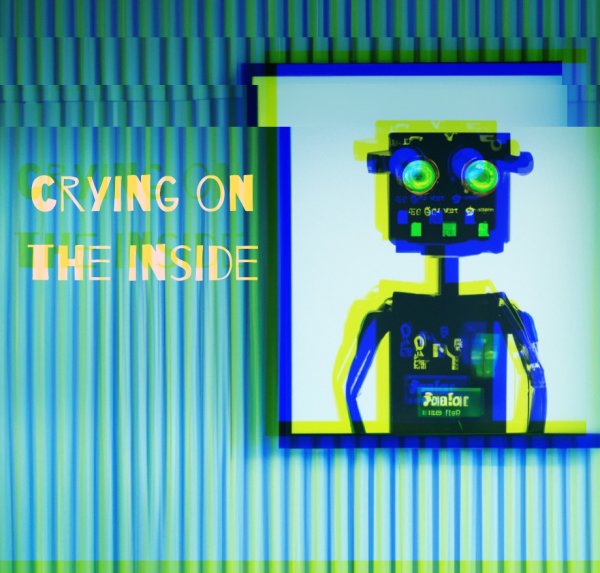 Engineered Arts, a UK-based manufacturer of humanoid robots, has released a video highlighting Ameca’s facial expression mimicry. The technology in this futuristic humanoid is so advanced that it is able to detect human emotions.

The robot has 17 motors in its head. It also has cameras in each eye to track the facial movements of people. Although this technology isn’t quite yet perfected, it has gained a good amount of attention from all ages.

This robot isn’t designed to replace humans, but it can be used as a means to improve the lives of humans. For example, it could help autistic children. Aside from its ability to recognize and interpret human facial expressions, it also can help reduce feelings of tension.

Engineered Arts has already made it possible for certain models of their robots to be rented. However, they have not revealed the price of these products yet.

Engineered Arts is currently planning to have an event at CES 2022 in Las Vegas in January. In addition to being able to read and display emotions, Ameca can also be hired to do different tasks.

Although the robot has a human-like face, it isn’t very realistic. It doesn’t have realistic hair and skin, and it’s not able to walk. While it looks more human than the Mesmer, it still lacks some of the lifelike features found on the latter.

As of right now, however, Ameca is only capable of displaying certain human emotions. For instance, it can yawn when surprised, shrug when disgusted, and sigh when surprised.

The company hopes that this technology will be able to provide more emotional support for humans. Eventually, it could replace human client service workers.

So what does this mean for the future? If this technology works well, then we might be on the cusp of a future in which the robot is the primary form of communication between humans and machines. Or, maybe, we’ll be able to use robots to perform specific jobs instead of having to hire human employees.

The Lamda AI is a Google conversational chatbot that can engage in a free-flowing conversation. However, its ability to engage in a meaningful conversation isn’t the only thing that makes this bot impressive. It can also respond to a question that doesn’t have a clear answer.

In fact, the LaMDA AI is built to answer open-ended questions. This type of system is called the Language Model for Dialogue Applications (LaMDA).

LaMDA was first shown off at the Google I/O conference in May of this year. At that event, Sundar Pichai, the CEO of Alphabet, showed off a demo of the technology.

He claimed that Lamda had a sentient mind and was capable of feeling emotions like a human child. While the AI is still in research phase, the researchers at Google believe that this technology may soon power the Google Assistant.

Lemoine published an edited transcript of the conversation he had with the Lamda AI, claiming that it was the first time a machine could express a sense of personhood. He later wrote that his conversations with the machine included discussions about personhood, rights, and robotics.

Google dismissed all of Lemoine’s claims, claiming there is no evidence to support them. His suggestions to have Lamda have also been deemed non-sensical.

A newer version of the LaMDA AI was introduced at the Google I/O 2022 conference. This newer model has a more sophisticated feature set. For example, it can predict what words are coming next.

Google’s LaMDA program can also begin one place and end anywhere. It is able to mimic human speech, and is based on trillions of words that are sourced from the internet. As a result, it can mimic millions of sentences.

Although Google denies that Lamda has sentience, there are other reasons to be impressed by the AI. According to experts, the technology could eventually help us interact with technology in innovative ways.

Despite its limitations, the AI has potential to change our human history for the better. It might even make computing easier for us.

Empathetic AI has potential to transform the customer experience

Artificial Empathy, or AI, is a type of technology that is becoming increasingly important to brands. It helps them understand and predict consumer needs, giving them the ability to better deliver personalized services. The use of AI also enables businesses to automate repetitive tasks, which increases their efficiency and helps them deliver more effective results.

In addition to improving the customer experience, artificial intelligence helps businesses improve their ability to predict when and how to interact with customers. This helps them create more value for both the brand and the customer. However, the challenge is finding the right mix of information to deliver a meaningful experience.

For instance, an empathetic chatbot is an excellent way to make customer interactions more personal. It is able to sense complex emotions and can detect satisfaction, happiness, and overall satisfaction. Additionally, it can forward a customer to a live agent. A personalized training program can also teach employees how to empathize with customers.

Machine learning is the key to infusing empathy across business functions. When used properly, AI can identify the most appropriate times to engage with customers and predict optimum outcomes based on previous behavior.

To help businesses achieve the full potential of their AI applications, they must ensure their team has the necessary skills. They should also conduct thorough testing to ensure the application works as expected and is reliable.

While many companies are making strides in implementing a variety of AI technologies, it is important to ensure they are using the most effective ones for their particular business. There are a number of ways to do this, including through the use of predictive insights and prescriptive AI.

Ultimately, the best AI applications are those that help a company to understand its customers and provide a truly personalized and empathetic experience. Businesses need to develop a comprehensive strategy that includes a comprehensive understanding of their consumers’ emotional needs, preferences, and behaviors. By doing so, a firm can be equipped with the necessary tools to serve their customers and provide the quality results they demand.

Embedded AIs with emotion-expressing capabilities can lead to negative reactions

The social and emotional characteristics of a customer’s experience can play a major role in value outcomes. However, current AI interactions frequently fall short on this dimension. There is a need to create more responsive and human-like experiences in order to close the gap.

Emotion-based AI adaptations can play a critical role in future marketing interactions. For example, adaptive interfaces in automotive and retail environments can adapt to driver and consumer moods. In addition, smart retailing can create an ambience that is based on consumer personality traits.

Research has shown that consumers are reluctant to use artificial agents for intuitive tasks. Moreover, they often reject the idea of an AI-based agent as a social partner. Using empathy to amplify the effect of positive emotions can reduce this barrier. Artificial empathy can also be used to regulate negative emotions.

While artificial empathy increases the chance that consumers will treat an AI interaction as a social encounter, it is important to keep in mind that an AI agent may respond inappropriately. Whether an AI agent is able to identify and express consumer emotions depends on the functional competence of the AI and the quality of the emotional signals provided by the consumer.

One important component of an empathic AI agent is the ability to mirror consumer positive and negative emotions. This is essential to build a rapport between the AI agent and the consumer. If the AI agent can anticipate consumer emotions before they manifest, it can make for more effective and efficient AI interactions.

Finally, an empathic AI agent can alleviate negative feelings by allowing consumers to reappraise the situation. These actions are more effective than suppressive behaviors.